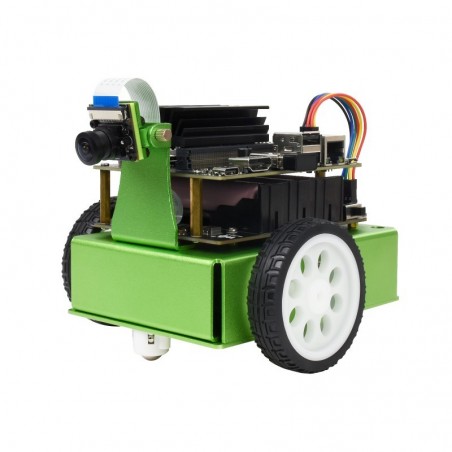 Since Waveshare JetBot AI Kit released, it is welcomed by lots of global users due to its high quality structure design and extreme cost effective, and has successfully become one of the most recommended AI robot kits by NVIDIA. As anticipated, the JetBot 2GB version is also available now. Smart Robot Is Always The Favorite Project Of Electronic Enthusiasts,
However, A Robot Will Be "Not That Smart" If It Is Not AI-Based.

This is an actual smart robot powered by NVIDIA JetBot AI project and the Jetson Nano 2GB Developer Kit, easily achieving AI functions like: facial recognition, object tracking, and self driving. Comes with ROS nodes code as well, which makes it easy to get started with ROS. Comes With ROS Nodes Code, Make It Easy To Get Started With ROS, And To Learn The ROS System Framework And Concept The Robot Operating System (ROS) is a flexible framework for writing robot software. It is a collection of tools, libraries, and conventions that aim to simplify the task of creating complex and robust robot behavior across a wide variety of robotic platforms. The ROS is one of the most popular robot software framework in the world.
JetBot Expansion Board Highly Integrated Plug And Play, Easy To Use 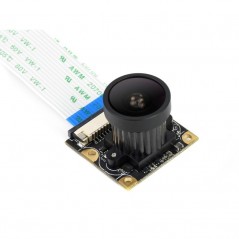 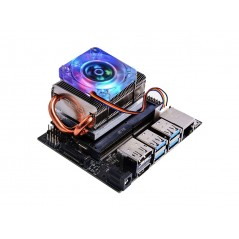 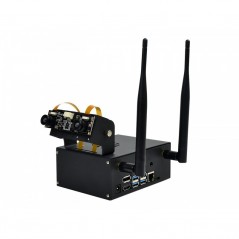 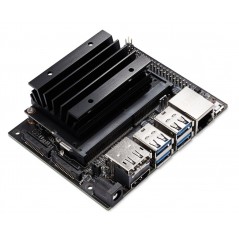 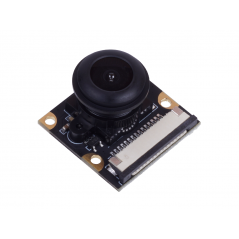 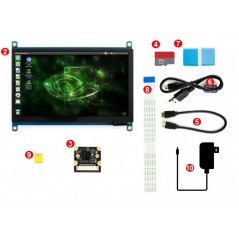 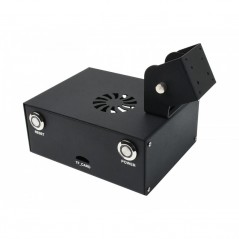 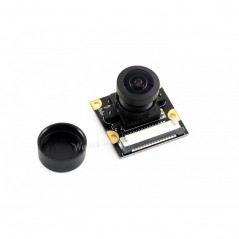 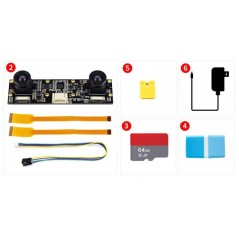 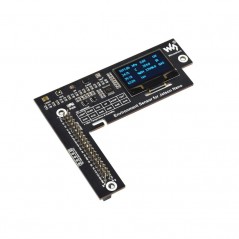 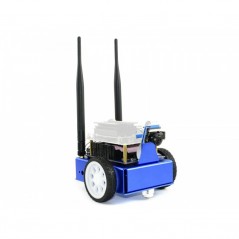 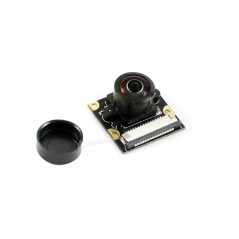 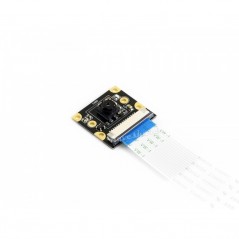 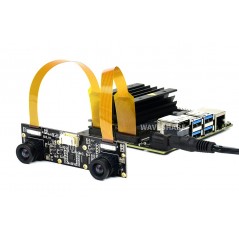