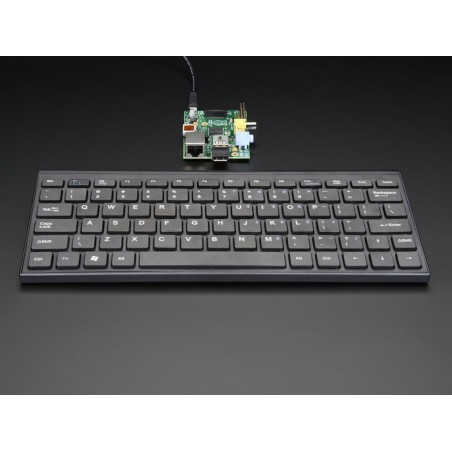 Add a good quality, slim keyboard to your Raspberry Pi, Beagle Bone Black or other mini-computer with this sleek black chiclet keyboard. It's a full QWERTY keyboard with a wireless USB dongle and is compatible with all operating systems. We tried many keyboards to find one that felt good for every-day use and didn't take up too much room.

The keyboard is wireless, and the matching dongle connects through a USB port so it works great with just about anything - it shows up just like any other keyboard. 2 x AAA batteries are required but they're included! The dongle has a storage spot in the battery case, so if you're unable to find it, try opening up the battery spot and see if its tucked in there.

To use with a Raspberry Pi, change the keyboard to USA PC104 layout: 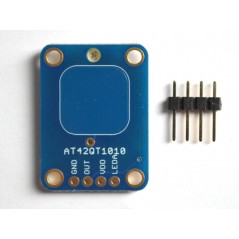 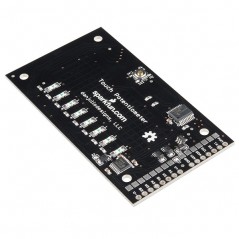 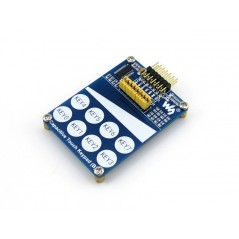 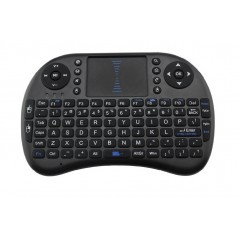 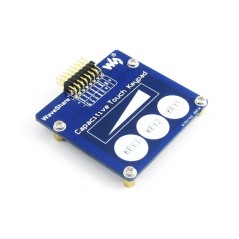 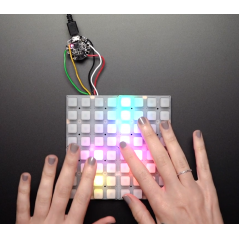 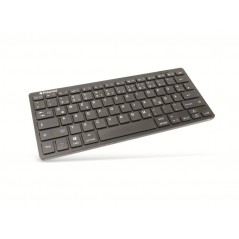 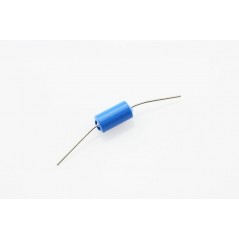 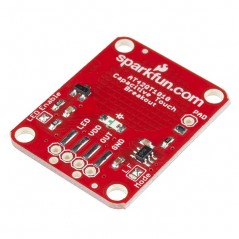 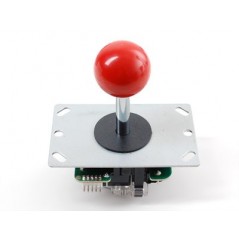 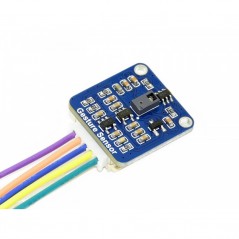 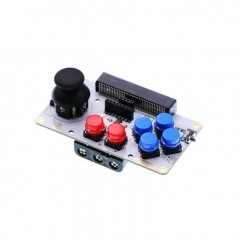